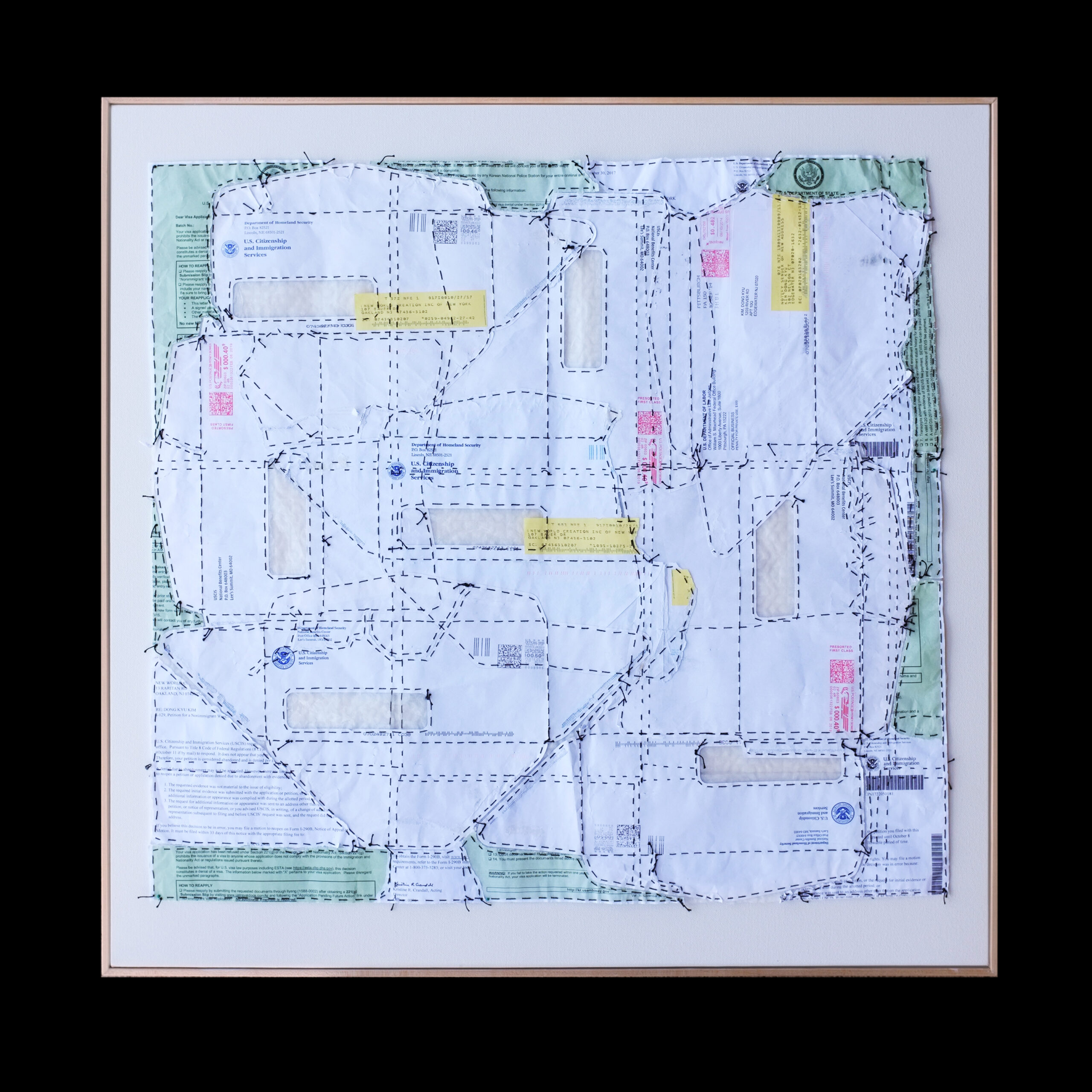 Officially Void is composed of paper envelopes and letters from USCIS torn apart and sewn back together. I was living in the U.S. as a temporary immigrant worker before obtaining a green card in November 2019. Growing up in South Korea in the 1980s to 1990s, I became obsessed with the concept of the American Dream and the capitalistic ideals of money, fame, and success. My work is a testament to my struggle to live and work in U.S. It also explores the transitioning paradigms of international labor, the collapse of neoliberalism, and what it means to be American now.