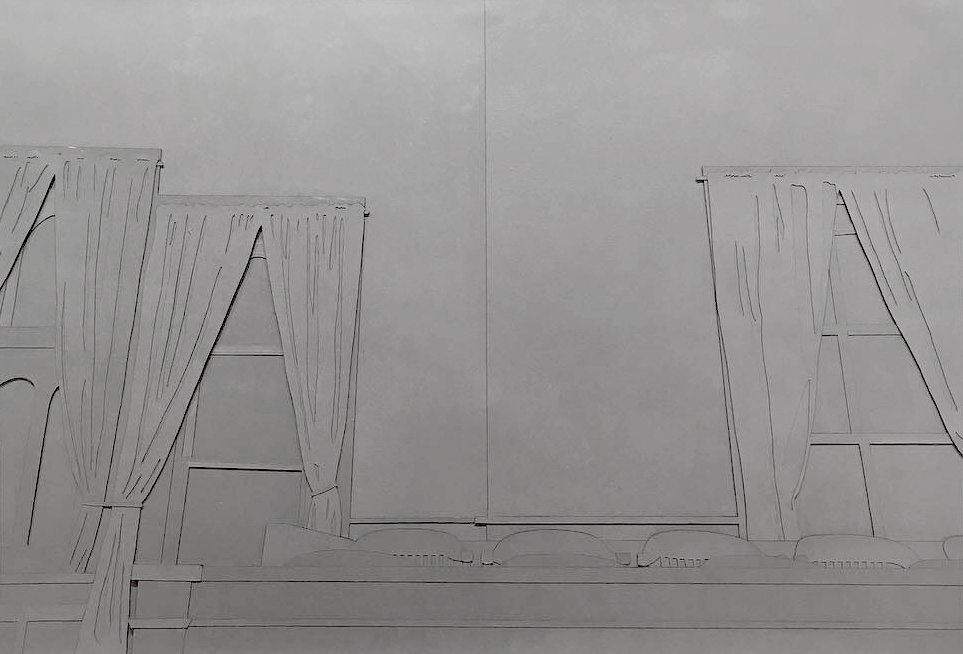 In a short time a group of Indians did break the doors and enter the court house. (Custer, S. Dak., 1973)

This piece is from “We the People,” a series of silver-pigment paper collages depicting locations across the country where race riots have erupted. In 1973 in Custer, South Dakota, Darld Schmitz, a white man, was charged with second-degree manslaughter for what many saw as the premeditated murder of John Wesley Bad Heart Bull. Outraged by the lenient charge and recent others like it, members of the American Indian Movement organized a rally to protest. Over two hundred Native Americans—including Bad Heart Bull’s mother, Sarah—arrived, during a blizzard, at the Custer County courthouse on the day of Schmitz’s preliminary hearing. Tensions grew when state troopers denied them entry to the public building, and violence broke out when a deputy shoved Sarah Bad Heart Bull down the courthouse steps. In the ensuing chaos, the courthouse and a nearby building were set ablaze by police teargas canisters. Twenty-seven Native Americans were charged with inciting a riot and arson. Sarah Bad Heart Bull was sentenced to one to five years in prison; Darld Schmitz was acquitted by an all-white jury of the murder of Sarah’s son. The courthouse was relocated, and its old building, after being restored to its original condition, was turned into the Custer County Courthouse Museum, where visitors can see the courtroom exactly as it appeared on that bloody day.